Does your home remind you of a castle, with thick white masonry walls criss-crossed by rough-hewn wooden beams? Chances are, it was built in the Tudor style. Although often associated with Bavaria and Oktoberfest, this architectural style is actually based on the castles and manors of medieval England.

What are the Characteristics of the Tudor Style Home?

Although the decorative timbering is the most prominent feature of a Tudor home, there are other elements common to this style as well. Arched insets, steep rooflines, narrow paned windows, and lavish use of stone all point to the medieval styling. So do the asymmetrical lines, inset doorways, and detailed chimneys.

It wasn’t until near the turn of the 20th century that the Tudor Style became popular in America, even though it is based in ancient English design. Tudor style can be found in all types of homes from cottages to grand mansions. After World War One, however, having a Tudor home became a status symbol and implied wealth and culture.

Although there is great variety in this style, the most distinctive feature will always be the large, rough exposed timbers arranged decoratively on the exterior walls. These timbers are infilled with stucco, stone, wood, or brick.

Original Tudor doors would have looked quite appropriate on a Medieval castle. Large, heavy, solid, and almost forbidding in appearance, they were designed to intimidate. Sometimes hewn from a single piece of wood, Tudor doors were rarely painted. Wrought iron hardware and strapping were typically used to accentuate the castle-like experience. Glass panels were rarely seen in these doors.

Notably, Tudor doors had rounded or arched tops that came to a point in the middle. This created a very gothic and distinctive look to the entrance.

The Tudor style has come along way from its medieval roots, and modern Tudor doors are designed with today’s lifestyles in mind. Rather than a castle door replica, expect to see solid, multi-paneled doors that give the impression of permanence without the intimidation factor.

Without glass panels in the door, sidelights and/or transoms are a savvy addition, to allow light into the home and create an impression of an oversized door while adhering to today’s common building standards.

You should certainly add a bit of character to your door. Do this with the use of wrought iron or dark bronze hardware. A black or bronze lion’s head doorknocker is an excellent addition. Avoid dainty or feminine accents, as they will look out of place with this style.

Because of the crossover with Prairie and Craftsman styles, an iconic Craftsman door would be an attractive option for a Tudor home.

Dark chestnut stain will be the most traditional color option for a Tudor door. Modern styles have come a long way, however, and deep or muddied earth tones can also be effective. Consider rust, clay, barn red, or deep greens. Avoid pastels and brights, as they will be inconsistent with this style.

Tudor style homes are inspired by castles of medieval England. They are meant to feel timeless and enduring.

Traditional doors are arched with a point at the top. A door of this style is impractical for today’s home. Instead, choose a solid door with multiple panels to match the weightiness of the overall exterior.

Stick to deep stains or muddied earth tones when painting the front door. Avoid pastels, brights, or any color that makes too much of a statement. The siding is meant to take center stage over the door in the Tudor style home. 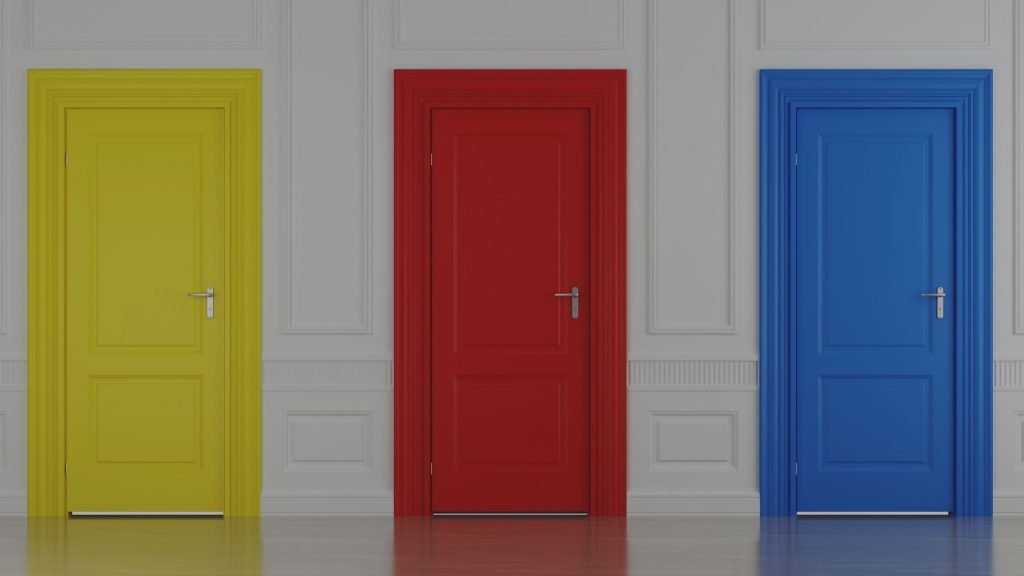 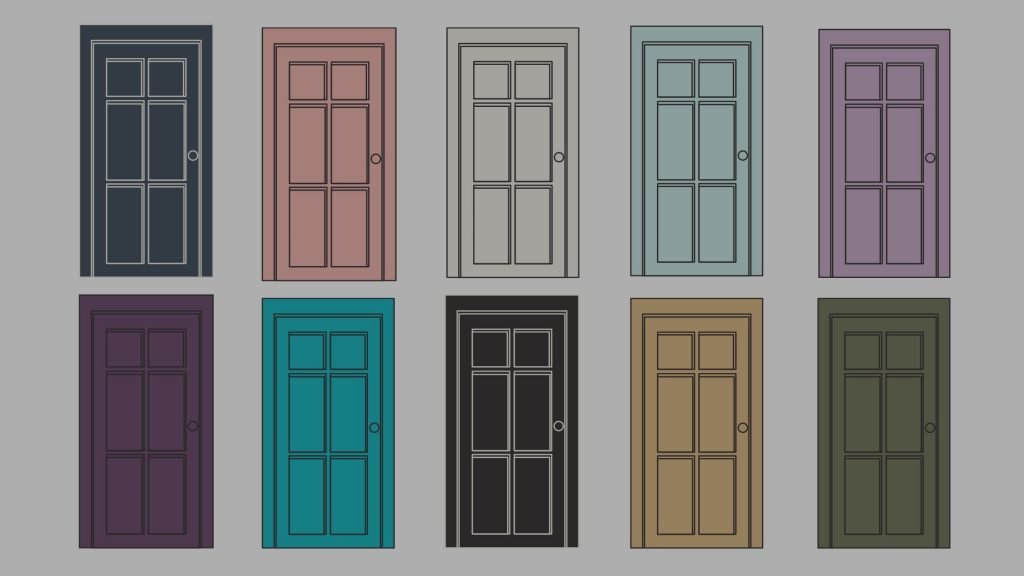 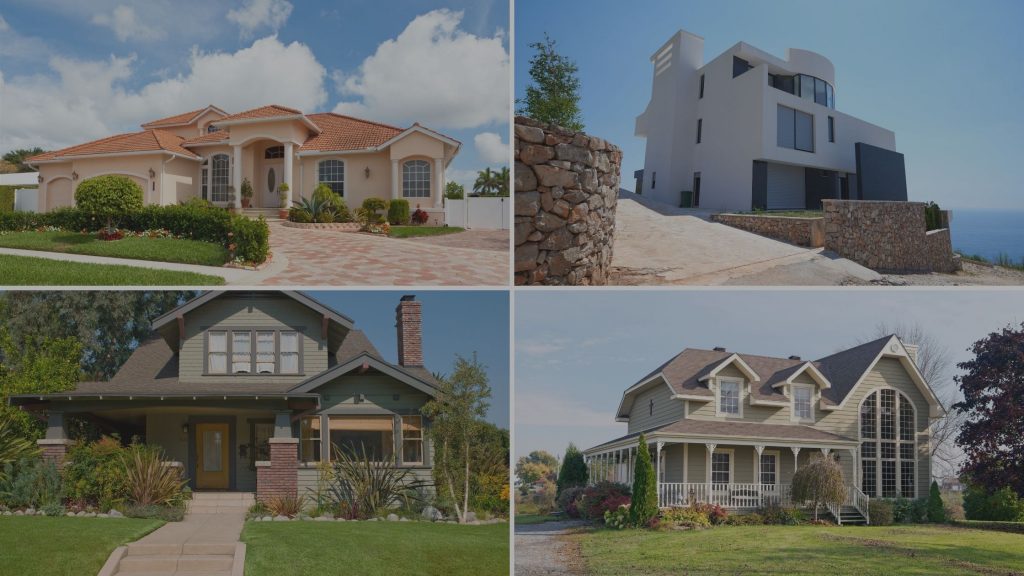 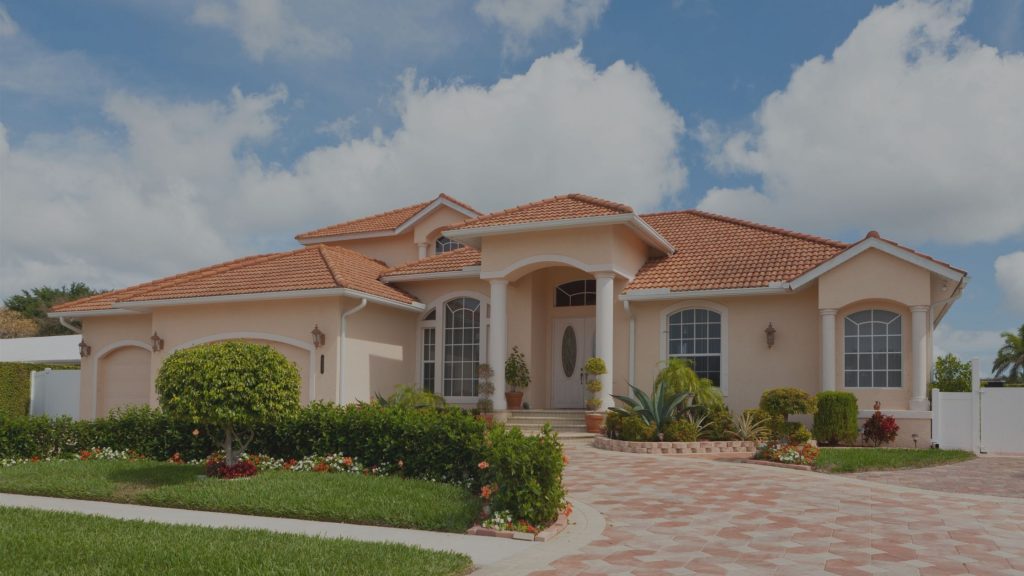 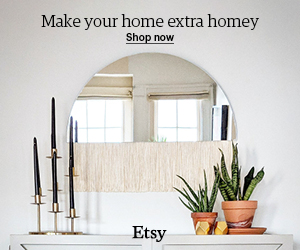 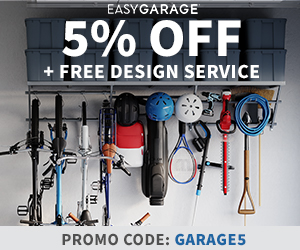 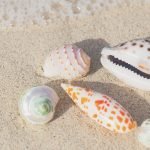 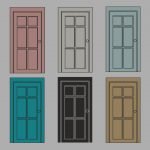 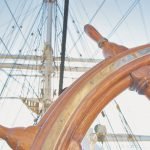 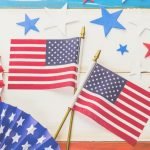 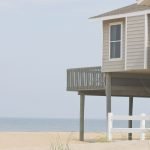 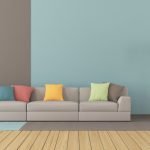